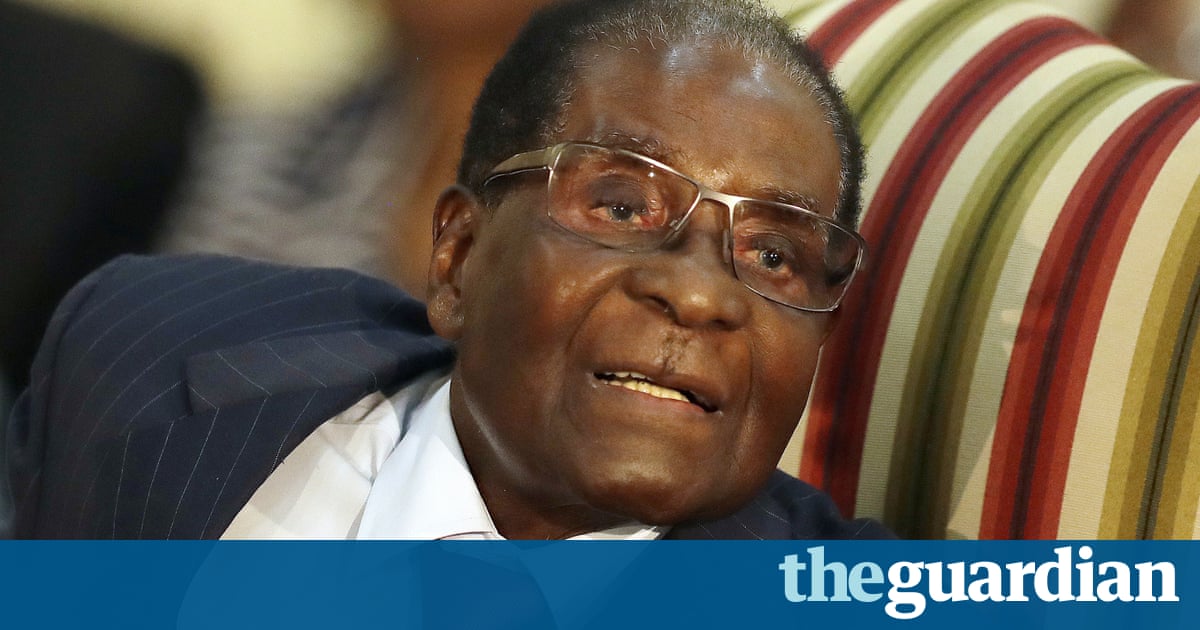 The World Health Organization has removed the Zimbabwean president, Robert Mugabe, as a goodwill ambassador following outrage among donors and rights groups at his appointment.

The WHOs director general, Tedros Adhanom Ghebreyesus, who made the appointment at a high-level meeting on non-communicable diseases (NCDs) in Uruguay on Wednesday, said in a statement that he had listened to those expressing concerns.

Over the last few days, I have reflected on my appointment of His Excellency President Robert Mugabe as WHO goodwill ambassador for NCDs in Africa. As a result I have decided to rescind the appointment, Tedros said in a statement posted on his Twitter account @DrTedros.

The WHO boss had faced mounting pressure to reverse the decision, including from some of the leading voices in global public health.

Several former and current WHO staff said privately they were appalled at the poor judgement and miscalculation by Tedros, elected the first African head of WHO in May.

Mugabe was head of the African Union (AU) when the bloc endorsed Tedros – a former health and foreign minister of Ethiopia – over other African candidates for the top post, without any real regional contest or debate, they said.

Mugabe, 93, is blamed in the West for destroying Zimbabwes economy and numerous human rights abuses during his 37 years leading the country as either president or prime minister.

Britain said Mugabes appointment as a goodwill ambassador for non-communicable diseases in Africa was surprising and disappointing and that it risked overshadowing the WHOs global work. The United States, which has imposed sanctions on Mugabe for alleged human rights violations, said it was disappointed.

He (Tedros) has to remember where his funding comes from, said one health official who declined to be identified.

In announcing the appointment, Tedros had praised Zimbabwe as a country that places universal health coverage and health promotion at the centre of its policies to provide health care to all.

But multiple critics noted that Mugabe, who is 93 and in increasingly fragile health, travels abroad for medical care because Zimbabwes health care system has been so severely decimated.

The US ambassador to the United Nations during Barack Obamas administration, Samantha Power, tweeted: The only person whose health 93-yo Mugabe has looked out for in his 37 year reign is his own.

Zimbabwes main opposition MDC party had called the appointment laughable and an insult.

The US administration of President Donald Trump, which is already questioning financial support for some programmes of United Nations agencies, is WHOs largest single donor.

The controversy came as WHO struggles to recover its reputation tarnished by its slowness in tackling the Ebola epidemic that killed more than 11,000 people in West Africa from 2014-2015 under Tedros predecessor Margaret Chan.

The Geneva-based agency is currently grappling with crises including a massive cholera outbreak in Yemen that has infected some 800,000 people in the past year and an outbreak of plague in Madagascar that has killed nearly 100 people in two months.

Combatting chronic diseases such as diabetes and heart disease linked to smoking, obesity and other risk factors are part of its permanent global agenda.

Revealed: In pursuit of growth in Africa, British American Tobacco and others use intimidatory tactics to attempt to suppress health warnings and regulation 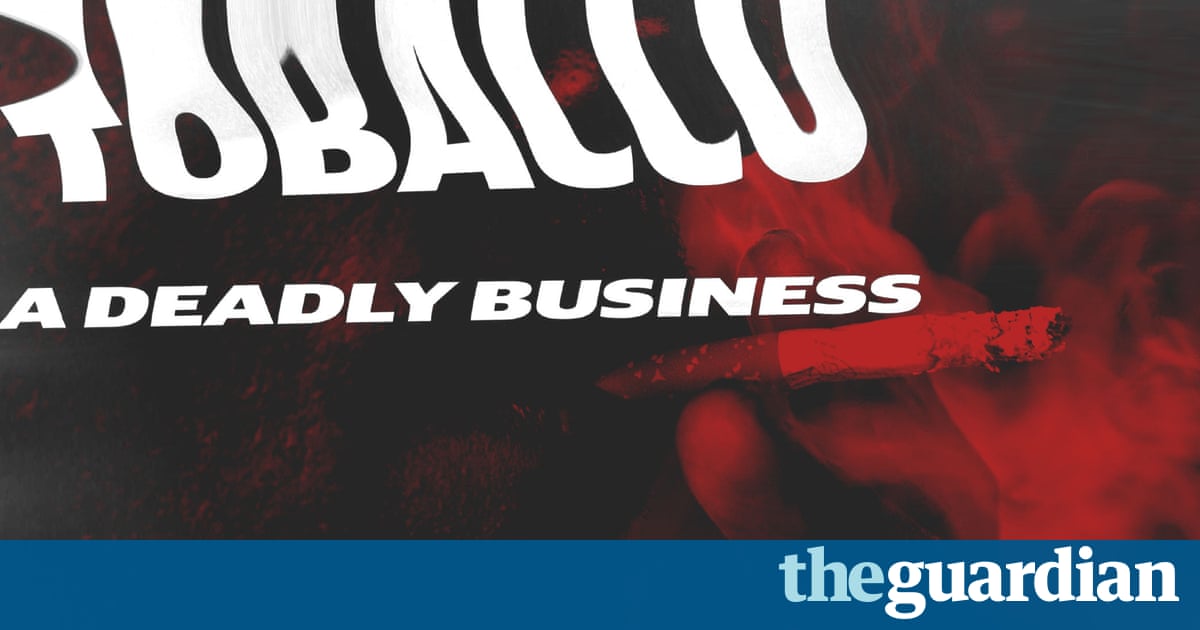 British American Tobacco (BAT) and other multinational tobacco firms have threatened governments in at least eight countries in Africa demanding they axe or dilute the kind of protections that have saved millions of lives in the west, a Guardian investigation has found.

BAT, one of the worlds leading cigarette manufacturers, is fighting through the courts to try to block the Kenyan and Ugandan governments attempts to bring in regulations to limit the harm caused by smoking. The giant tobacco firms hope to boost their markets in Africa, which has a fast-growing young and increasingly prosperous population.

In one undisclosed court document in Kenya, seen by the Guardian, BATs lawyers demand the countrys high court quash in its entirety a package of anti-smoking regulations and rails against what it calls a capricious tax plan. The case is now before the supreme court after BAT Kenya lost in the high court and the appeal court. A ruling is expected as early as next month.

BAT in Uganda asserts in another document that the governments Tobacco Control Act is inconsistent with and in contravention of the constitution.

The Guardian has also seen letters, including three by BAT, sent to the governments of Uganda, Namibia, Togo, Gabon, Democratic Republic of Congo, Ethiopia and Burkina Faso revealing the intimidatory tactics that tobacco companies are using, accusing governments of breaching their own laws and international trade agreements and warning of damage to the economy.

BAT denies it is opposed to all tobacco regulation, but says it reserves the right to ask the courts to intervene where it believes regulations may not comply with the law.

Later this month, BAT is expected to become the worlds biggest listed tobacco firm as it completes its acquisition of the large US tobacco company Reynolds in a $49bn deal, and there are fears over the extent to which big tobacco can financially outmuscle health ministries in poorer nations. A vote on the deal by shareholders of both firms is due to take place next Wednesday, simultaneously in London at BAT and North Carolina at Reynolds.

Professor Peter Odhiambo, a former heart surgeon who is head of the governments Tobacco Control Board in Kenya, told the Guardian: BAT has done as much as they can to block us.

Experts say Africa and southern Asia are urgent new battlegrounds in the global fight against smoking because of demographics and rising prosperity. Despite declining smoking and more controls in some richer countries, it still kills more than seven million people globally every year, according to the WHO, and there are fears the tactics of big tobacco will effectively succeed in exporting the death and harm to poorer nations.

There are an estimated 77 million smokers in Africa and those numbers are predicted to rise by nearly 40% from 2010 levels by 2030, which is the largest projected such increase in the world.

In Kenya, BAT has succeeded in delaying regulations to restrict the promotion and sale of cigarettes for 15 years, fighting through every level of the legal system. In February it launched a case in the supreme court that has already halted the imposition of tobacco controls until probably after the countrys general election in August, which are being contested by parliamentarians who have been linked to payments by the multinational company.

In Uganda, BAT launched legal action against the government in November, arguing that the Tobacco Control Act, which became law in 2015, contravenes the constitution. It is fighting restrictions that are now commonplace in richer countries, including the expansion of health warnings on packets and point-of-sale displays, arguing that they unfairly restrict its trade.

The court actions are brought by BATs local affiliates, BAT Kenya and BAT Uganda, but approved at Globe House, the London headquarters of the multinational, which receives most of the profits from the African trade. In its 2016 annual report, BAT outlined the risk that unreasonable litigation would be brought in to control tobacco around the world. Its response was an engagement and litigation strategy coordinated and aligned across the Group.