Nobody likes taxes, but new research shows they can be good for your health.

Taxing products such as soda, alcohol and tobacco can steer consumers toward healthier choices and avert a ruinous tumble in which obesity fuels disease and medical costs push people further into poverty, data from countries ranging from Chile to India show. The analysis was published Wednesday in The Lancet medical journal.

A tax on unhealthy goods “is probably the single-most important measure that can be taken to reduce death and suffering,” Larry Summers, the U.S. economist and former Treasury Secretary, said in an interview. “That’s why I think it’s important.”

Summers’s commentary accompanied the Lancet report, which focused on ways to curb illnesses such as heart disease, diabetes and cancer that can be blamed for 38 million deaths each year. A research group pulled together five studies and found that taxes on unhealthy products can work without disproportionately harming the poor.

When it comes to sweet drinks, more countries are willing to test taxes to tackle obesity along with budget deficits, potentially hurting companies such as Coca-Cola Co. and PepsiCo Inc., according to Bloomberg Intelligence. The U.K.’s own sugar tax experiment is scheduled to take effect Friday.

Wealthier households usually shoulder more of the tax burden because they spend more on alcohol, sodas and snacks, the researchers said in the Lancet. Poorer families also tend to reduce consumption more in response to higher prices. Such taxes work best if some of the revenue is used to fund programs for the poor, they found.

Companies are responding by working to cut sugar and calories. Nestle SA has started selling slimmed-down Milkybar chocolates in Britain and Ireland in the first implementation of a new technology that promises the same sweetness with 30 percent less sugar.

In Mexico, the introduction of a soft-drinks tax resulted in a 17 percent decrease in purchases among lower-income groups, and almost no change in higher-income groups, the Lancet report said.

Obesity, once seen as a problem plaguing only wealthier nations, is now on the rise in lower-income regions too. Countries must tackle it in the same way as malnutrition, said Summers, who chairs a task force on fiscal policy for health with Michael Bloomberg, founder of Bloomberg LP, the parent company of Bloomberg News. 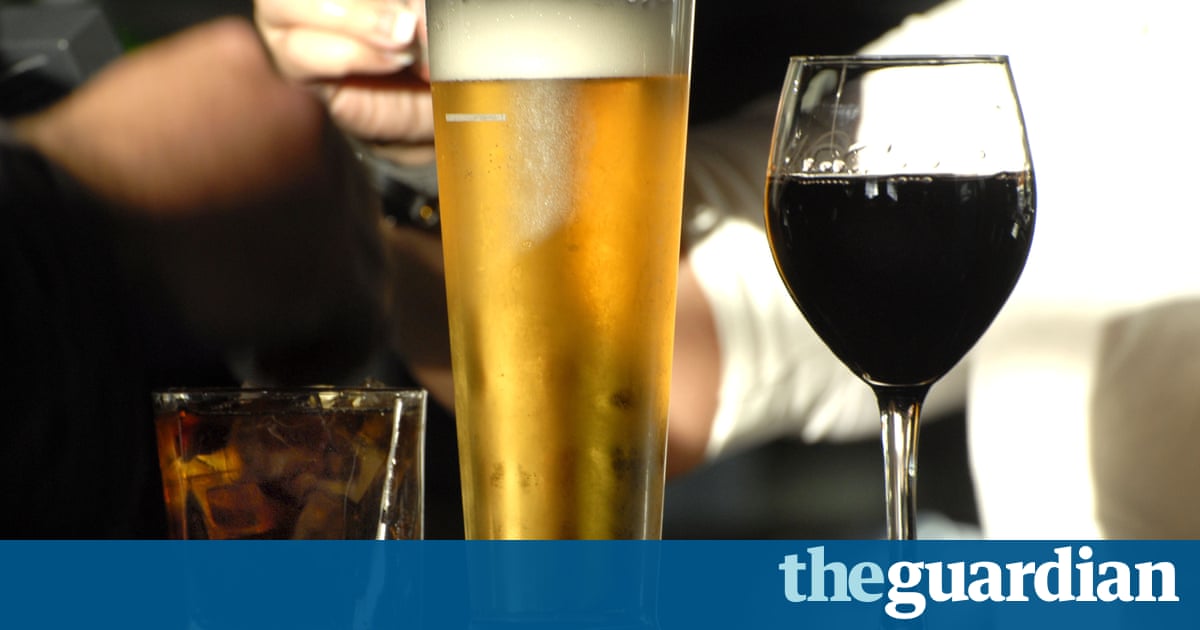 While indulging in booze can inspire cheerful merrymaking in some, for others it can lead to a tearful journey to the bottom of the glass. Now researchers say the emotions people feel when drinking could be linked to their tipple of choice.

An international survey has revealed that spirits are often associated with feelings of energy, confidence and sexiness but on the flip-side anger and tearfulness while red wine is the drink most commonly linked to relaxation, but also tiredness.

While the researchers say the reasons for the links are likely to be complex, they hope the study will urge individuals to think carefully about the alcohol they consume.

From a public health perspective a lot of the time we have focused on issues around cancer, heart disease and liver disease but an important aspect is the balance of emotional outcomes that people are getting from alcohol, said Mark Bellis, co-author of the research from Public Health Wales NHS Trust.

The study, published in the journal BMJ Open, is based on an anonymous online questionnaire that was completed by individuals aged between 18 and 34 who had drunk alcohol in the previous year. Part of an international survey on alcohol and drug use, the questions probed the type of alcohol drunk and associated emotions, and were asked in 11 different languages, with participants taking part from 21 countries around the world.

The results, based on answers from almost 30,000 participants who had reported consuming both red and white wine as well as beer and spirits in the past year, reveal that certain types of alcoholic drink appear to be linked to particular emotions.

However, spirits were also more likely to be linked to negative feelings including tearfulness, with almost 48% of participants linking such tipples to feeling ill and nearly 30% to aggression. Meanwhile, more than 60% of participants said they linked red wine to feeling tired. White wine was the tipple least often linked to tearfulness, with only 10% saying they associated it with becoming weepy.

By and large spirits are having a stronger relationship in pretty well all of the outcomes apart from those associated with red wine, around relaxation and tiredness, said Bellis.

The proportion of participants reporting the various emotions, both positive and negative, generally increased with overall heaviness of drinking. Further differences were found for the various drinks when participants age, educational background and sex were considered.

Drinking was found more likely to be linked to feelings of relaxation and tiredness when done at home; confidence, sexiness, energy and feeling ill or aggressive were more likely when out.

However, the study had limitations, not least that it drew on a self-selecting group of participants, meaning it might have appealed to those more likely to take drugs and drink. It also did not take into account how much participants drank on any one occasion or whether they mixed drinks, and relied on participants thinking back to how they felt at the time.

Whats more, it is not clear whether the alcohol itself triggered the emotions, or whether the social situation also played a role, while the concentration of the alcohol, presence of other ingredients, and peoples expectations of the drinks could also be important factors.

Matt Field, professor of psychology at the University of Liverpool who was not involved in the research, said that the study was valuable, and agreed with the authors that it would be interesting to explore whether they way in which different drinks are advertised might affect the emotions people link to them.

But, he said, it was far from clear that spirits were more likely than other alcoholic drinks to make people aggressive.

Because it is a cross-sectional snapshot there are a lot of things that might explain it, he said. It could be that people who are more prone to aggression after alcohol might favour spirits for reasons that we dont know.